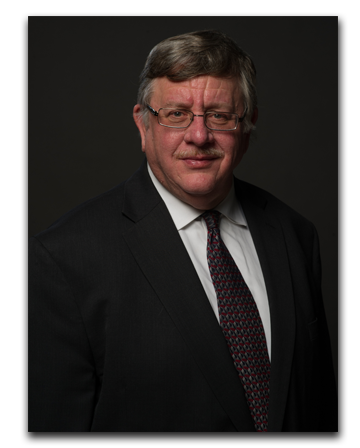 Thomas W. Coffey established Coffey Law LLC in 2017. He is known throughout Ohio as a bankruptcy trial lawyer, and has represented debtors, creditors and other parties in interest in bankruptcy courts and district courts throughout the United States. His interest in commercial law began in law school, and his published works on commercial law have been cited by state and federal courts.

A graduate of the University of Cincinnati College of Law, Tom is in his thirtieth year of practice. Following in the footsteps of his mentor, Professor Alphonse M. Squillante, Tom taught law classes including secured transactions, personal property, and commercial law for twelve years as an adjunct faculty member at the University of Cincinnati College of Law, culminating in the receipt of the Adjunct Faculty Teaching Excellence Award in 2001.

While leading the bankruptcy practice at Cors & Bassett LLC in Cincinnati from 1990 until 2004, Tom served as a panel bankruptcy trustee. He has also obtained confirmed Chapter 11 plans of reorganization in several significant cases, including a shopping center development in Mississippi, a large hotel and conference center in Northern Kentucky, a Netherlands-based manufacturer in Southern Ohio, and Cincinnati’s oldest architectural and engineering firm. He served as special counsel for the debtor in a $2 billion bank holding company case in Cleveland, in which a Chapter 11 plan was confirmed.

Tom began his practice with a large law firm in Pittsburgh in 1987, where his time was divided between representing banks in large loan deals and representing corporate debtors in Chapter 11 cases. In Cincinnati, he continued to represent banks and debtors, while also serving as a bankruptcy trustee and teaching at the University of Cincinnati College Law and the Salmon P. Chase College of Law as an adjunct professor.

Over the years, Tom’s peers have described him as “a passionate advocate for his clients” and “one of the preeminent practitioners in our region.”

Helping For More Than 29 Years.